Why Lending? Why Liqee PCS? 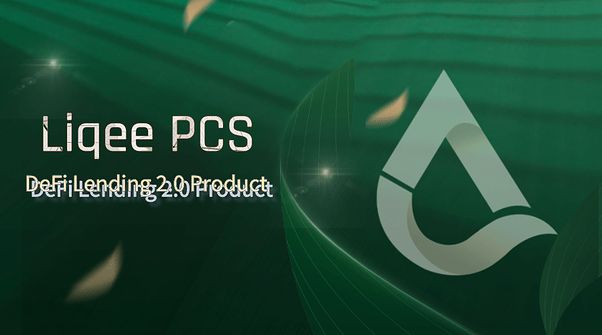 Lending used to be a common operation in the cryptocurrency market. For example, if you are optimistic about ETH but only have some BTC, and you don’t want to sell any of them or use BTC to swap ETH, what will you do to invest in both of them at the same time? Here belows the best solution: Using BTC as collateral and lending ETH in a certain proportion in the lending platform. Under this operation, you can profit on both cryptocurrencies at the same time when BTC and ETH both increase in price. Furthermore, the only cost you need to pay is the interest on borrowing.

The Glory of Lending

Diversity of returns made DeFi lending have become popular for a while, thus various lending platforms have emerged accordingly in this period. And as the demand for borrowing increases, users’ supply APY has gradually reached its peak, which causes more and more LPs choosing to deposit their assets on such lending platforms to earn high profits.

The Decline of Lending

However, with the increase in the borrowing requirements, the shortcomings of DeFi lending began to show up, like the default risk had started to grow. In order to balance the risk, the lending platform had to set up an over-collateralization system, which had prevented the user’s leverage operation to a certain extent; At the same time, network congestion had caused transaction costs to rise even more drastically. Under such multiple pressures, borrowing incomes had tended to become negligible, the supply of deposits began to exceed borrowing demand gradually: the once-popular DeFi lending eventually declined.

The decline of Past-DeFi is ultimately due to the decrease in revenue. As the No. 1 lending protocol for liquid staking assets, Liqee has been committed to solving this problem, hoping to restore DeFi lending back to its former glory.

PCS is the perfect solution that is full of Liqee’s great efforts.

PCS (Protocol Controlled Staking) is a DeFi lending 2.0 product created by Liqee for PoS assets, furthermore, it is an efficient tool used by Liqee to provide better quality lending services. Users can deposit assets as usual to obtain higher incomes while keeping the payment processing flexibility, without any other complicated operations. In addition, Liqee has set up an ingenious Perpetual Mechanism to keep borrowing&lending in a balanced liquidity, in which case the user’s supply APY will always present a positive feedback.

PCS will be launched in the next couple of weeks, we will publish more information continuously, please keep exciting and stay tuned!