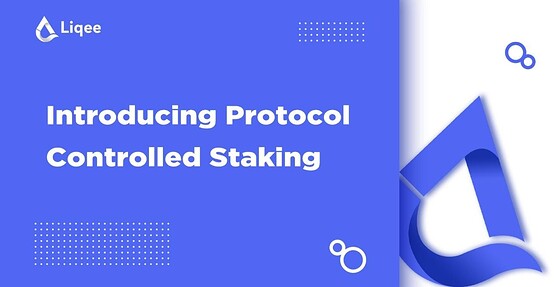 At present, Liqee is now the No. 1 lending protocol for liquid staking assets. However, almost all lending protocols have one common problem – it is difficult to sustain liquidity without providing attractive yield to incentivize participants, which fails to serve as a long-term operating model. We need to build a sustainable system that can automatically match market supply and demand for optimized utilization rate and create organic borrowing demand. To tackle this problem effectively, we plan to roll out Protocol Controlled Staking (PCS) service that can turn this two-sided market into one-sided.

The idea of PCS is quite simple – it is a module that allows the protocol to play the role of its own counterparty and super user. For example, Liqee can automatically borrow underlying PoS tokens from its lending protocol at optimized utilization rate and stake these borrowed PoS assets to earn yield, providing a more forward-looking driving force with sustainable borrowing need and higher saving yield. From Liqee’s perspective, we will be able to capture the spread between saving and borrowing interest, as well as the spread between staking yield and borrowing interest.

Using Atom as an illustration: 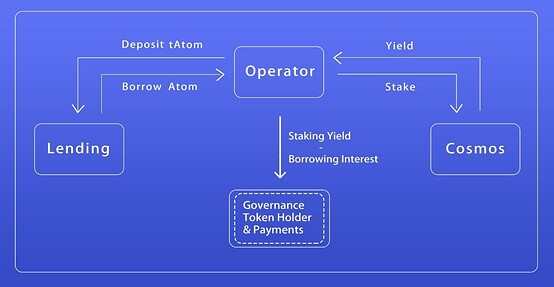 Controlled-Staking-Asset module allows Liqee to borrow underlying PoS tokens (i.e ETH and ATOM) from its lending protocol, convert them into tTokens (representation of staked assets with Liqee) or other liquid staking tokens (i.e., stETH or rETH) and use them as collateral. Liqee will capture the spread between staking yield and borrowing interest, in addition to the spread between saving rate and borrowing rate.

The interest rate curve in the lending protocol will be adjusted to accommodate the PCS, ensuring the borrowing interest rate always stay below the staking yield.

This model will greatly enhance organic and sustainable borrowing need for PoS tokens, passing the staking yield to suppliers of PoS token in the lending protocol.

With the imminent deployment of PCS, we engage in close dialogue with a number of established DeFi protocols to provide PCS as a service. Stay tuned for more information on upcoming and exciting partnerships!

Is this means that Liqee Protocol will replace the User to borrow assets, and bring higher supply APY to users (assets depositors) ?

Liqee is a good project that truly considers users！